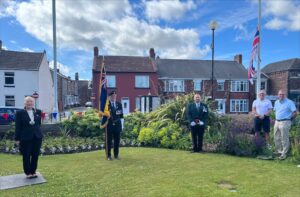 Town Mayor, Councillor Carole Atkinson said ‘It was an honour to take part in Ferryhill’s Armed Forces Day Service, it is very important to demonstrate support for the men and women who make up the Armed Forces, and work so tirelessly to defend the UK and its interests.’